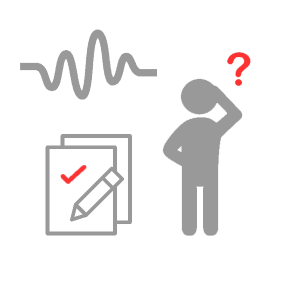 In NLP Analogue Marking doesn’t have to do much with language patterns, but the more how you use your voice. In our experience it doesn’t hurt to become fully in control of your voice as it makes you bring our message to your client more easy and more smooth. A lot of the techniques we explained in previous blogposts are even more powerful when you apply Analogue Marking. Analogue Marking means that you set the directive apart from the rest or the sentence with some non-verbal analogue behavior.

Let's start with your voice

In communication, especially the use of your voice in communication, there are three major groups you utilize. Let’s zoom in on them to get you enthusiastic in practicing this technique. A piece of advice, when reading the information below on usage of your voice, practice it out loud. NLP Analogue Marking.

This is received by the listener most of the time as as a question. “Wil you do that for me?”. Repeat this sentence inside your head and move the tonality up. It is easy to understand that when you are receiving an answer to a question you ask, and the voice of the person who answers moves up, you do know it is not an answer but he or she has a question about their own answer. NLP Analogue Marking.

Often is this perceived by the listener as a statement. “This is the truth.” Your voice stays flat and does not move up or down. This technique is very useful in a no-no-yes pattern. For more information, please read the blogpost “Public Speaking Tips” and make yourself familiar with the exercises in it. NLP Analogue Marking.

So key take-away is that when your voice moves up, it is a question. When it stays flat, it is a statement. And when it moves down it is perceived as a command. Simple, isn’t it? NLP Analogue Marking.

Analogue Marking does not stop with your voice.

Now your voice is one part, another part you are able to use is body-language. Imagine the following.

The response of the coach is made with Vocal tonality up, but we are going to add some body language. In this case you move your eyebrows up. Inviting the client to reevaluate his or her statement made earlier. NLP Analogue Marking.

There are tons more examples and situations possible.

In the corner of body language and the utilization of Analogue Marking, you can apply much more than we have described here until now. For example you can use your hands to anchor a specific statement and every time you mention that statement you repeat the hand-gesture you made. NLP Analogue Marking.

And some exercise with NLP Analogue Marking

Here is the exercise of today. Make sure you have a large mirror at hand and nobody sees you while acting and practicing. Her we go.

Create a speech of around 3 minutes long. Go and stand in front of the mirror and rehearse your speech. Remember to use your hands to bring your message over the counter, but do not over-do! Next, you add in all the questions, statement and commands that are in your speech. Practice it over and over until it becomes perfect.

Analogue Marking is part of the Indirect Elicitation Patterns, which on their turn is part of the Milton Model. Remember, to increase your efficiency as a NLP Practitioner, know your positive intention for the message you want to convey, build rapport and pay attention on what and how you use language. Leave people and business in a better place that where you found them, every day! Put yourself to work and start making the NLP Meta Model part of your knowledge. The sooner you start, the sooner you benefit. NLP Analogue Marking.

Mind Tools provides NLP Practitioner and NLP Master Practitioner Trainings and Certifications. We educate you according to the renowned, latest and highest standards set by the Society of NLP. We will train you thoroughly in all the corners of Neuro-Linguistic Programming and some extras we learned from Richard Bandler directly. NLP Analogue Marking.

Other Posts you may Like about NLP Analogue Marking