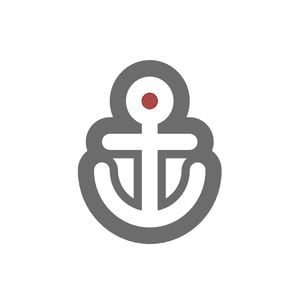 Let’s do some magic in action. Let’s provide you the secrets of NLP Anchoring. In this article you will learn all about what Anchoring is and learn about how it is discovered. Furthermore you will learn about Anchors in your Daily Life and how the Marketing Industry is using anchors to gain your interest. We will also provide some examples of Anchoring and how to utilize NLP Anchoring in your coaching practice. Last but not least you will get some exercises to ‘sharpen the sword’ and to have you bring your new learnt knowledge into action. Expand your knowledge and add it to your NLP Toolbox. Happy Reading!

So what is NLP Anchoring?

Anchoring in NLP is the ability to add a specific external event to an internal experience. In example: the state of feeling good is ‘anchored’ by pressing a spot on the middle of your right hand. Does that make sense? Does that ring a bell?

Well it is easier said than done. In this article we will explain some of the techniques used and how to apply anchors. And not only that is what you will learn; you also will gain knowledge how you are ‘anchored’ by your environment.

In NLP, “anchoring” refers to the process of associating an internal response with some external or internal trigger so that the response may be quickly, and sometimes covertly, reaccessed.

First some history about Anchoring

Does Pavlov ring a bell? Ivan Pavlov was a Russian Physiologist who won a Nobel Prize in 1904 for his work and investigations. He did not receive the Nobel Prize for the famous research of conditioning (the Pavlov reaction), but for research on digestion.

As part of this research, he wanted to measure the saliva production of dogs when different types of food were administered. However, he came across the phenomenon that the dogs were already producing saliva even before he had given the food.

Here is what he did to come to his conclusion: Ring a bell, open the hatch and give the dog some food. He repeated these steps exactly and several times. So after five or six times, he done the same procedure only slightly different. He rang a bell, opened the hatch and gave the dog no food. What happened? The dog started to drool and became grumpy. (What would you do the moment you expected food and got none?)

He came to the conclusion that there was a strong connection between ringing the bell and the dog drooling. Whilst the dog did not get any food, yet by hearing the bell, it raised its expectation to get some.

Nowadays it is called a Classic Conditioning. If stimulus (stimulus) A (the bell) repeatedly precedes stimulus B (feeding) that produces a certain behavior (response), then eventually stimulus A will produce all this response (saliva production) without stimulus B.

Anchors in your daily life.

Imagine yourself driving a car. You are driving on a street and you approach a junction or a cross-road. There are traffic lights and they are red. What do you do? You have learned to stop and wait in front of the traffic light to have it turned green. So somewhere down the road you have learnt that when you see a red traffic light, you stop. And the moment it turns green you proceed your way. In other words, you are conditioned in this specific event.

At a sudden you hear a ‘bing’ again. The elevator doors open, you walk out and come to the conclusion you are not on the right floor.

Many people I have trained and spoken to experienced this phenomena. So in technical terms this happens: If [A] happens, the response is [B].

If you like classical music, what happens you only hear the first part of Beethoven’s Fifth? You are able to complete it with the second part.

In the Netherlands we have a great-one that is hammered into our DNA: ‘Heerlijk, Helder, …’. For the non-Dutch people under us, we Dutch people have a strong association with this example to think about Heineken beer.

So the marketing industry utilizes the same NLP anchoring techniques to bring their product to your attention. They use a stimulus to recall behavior and to their Product. Think of Intel, they have a sound and a logo that triggers behavior.

So by studying NLP Anchoring you are able to apply the anchoring effect to how you price products or services for your business.

Next: Let’s zoom in to NLP and Anchoring.

Working with NLP and anchoring we want to create an association, a connection, between a peak-state and having the ability to recall that state and to connect this state to future situations the client will face and experience.

When Dr. Richard Bandler and John Grinder worked on mapping the talents of Virginia Satir and Milton Erickson, they discovered that they often used word anchors to provide change for their clients.

Our Neurology and NLP Anchoring

Before we continue explaining NLP and Anchoring, you have to know something about the human Neurology. Our body is controlled by our Nervous System. Consciously and Unconsciously. So nerves are running through our body, helping us act in a way that is best.

Now, when you press with your right index-finger on your left-underarm, something happens. Besides that you are doing it yourself, something else happens.

So to apply an anchor we need to work a bit on timing. Let’s explain that by the following simple graph: Let’s say we want to anchor the Peak-State of a client with a tactile or kinesthetic anchor. We want to anchor the peak-state with the client by pressing on the lower left arm. Logically we need to discover how the client goes into a Peak-state first. Now as we have learnt that such an anchor takes a littlest of time to register with the brain, we do know that we have to apply the anchor just before the peak-state of the client.

The Proof is by Eating the Pudding: Fire off the Anchor!

The proof is always by eating the pudding. Now you have conditioned the client to recall the peak-state you fire off the anchor. You press the exact spot at the lower left-arm and see what is happening. Does the client go into his or her peak-state? Well done! Doesn’t it work? Or does it work a bit? Recall the peak-state of the client and reapply the anchor. We guarantee you that the moment you found your result, you will do it easier every time you do.

Can we play with anchors?

Sure we can. Let me state first that you play with this NLP technique in a proper manner. So to give you an example of playing around with anchors, we give you two.

The other example we want to give you is as follows. You like to feel good don’t you? Now imagine this. You are going to anchor the state of ‘Feeling Good’ with your client. Pick a decent spot on your client’s arm. Bring him or her in the state of feeling good and anchor it. Test the anchor and once it works, you trigger the anchor and the client goes into the state of ‘Feeling Good’ your first part of this example is successful. Now comes the ‘Playing with Anchors’ part.

And while you fire-off this anchor you have set previously, you provide the sentence above to your client while moving your finger up over the client’s arm. In technical terms we call this a Sliding Anchor. Fun right? It takes a bit of practice, yet our experience is that once you found your way of working, it is so much fun to do. Imagine you making a person feel good for no reason.

Some exercises with NLP Anchoring

Before you deep-dive into the exercises below, remind yourself that when you start small, you have a reference that works, you easily can extend it. So our suggestion is to start small and then start to add up and add in more details. Expand the experiences with NLP Anchoring that work and rework the experiences that give less outcome. We want you to be succesful!

First an exercise to learn to recognize them. You love to watch television right? So you do know the annoying advertisements that come with watching television. Well this annoying part is what this exercise is all about. Watch a few advertisements and learn to recognize what they are binding together and which feeling they are creating. Washing detergent commercials will tie white and bright together with a bright living and healthy people. Car commercials will map status and freedom and intelligence together buying that specific brand. Learn to recognize what anchors they are setting.

Next exercise you do by observing your environment. Let’s say you are at the railway station and you observe how people act in entering and leaving the train. Basically, this observation exercises is a very good one to embed in your routine. You are able to apply the knowledge of this article and NLP Anchoring in specific everywhere!

Exercise 3: Practice with someone who wants to Feel Good! (For no reason)

The last exercise to amuse you and set you on the right track; Work with another person where you start to apply your knowledge of anchoring and give that person a great feeling. As you already recall, we gave you plenty of input in the examples of anchoring earlier in this article.

Remember that there is a lot more to tell and say about NLP Anchoring, when and how to use it, good practices, bad practices and so on. The above article is intended to get you thinking and maybe exercising and validating the information you have learnt. There is a lot more to tell about Anchoring. For example that we did not cover in this article is Collapsing Anchors and how to utilize anchors in your trance or hypnosis sessions.

Remind yourself to apply all the techniques we already have described here; maintain Rapport, read eye-accessing cues, use the Meta Model to reveal hidden information from your client.

In our NLP Practitioner Training and NLP Master Practitioner Training we will learn you how to setup Anchors, how to utilize them and how to apply them in your business and daily life. You will learn practical examples you directly are able to apply to enhance your life. You learn how to setup Visual, Auditory and Kinesthetic anchors. Imagine now, you working on your Personal Development at peak-state attending our NLP Practitioner Program.

NLP Cause and Effect