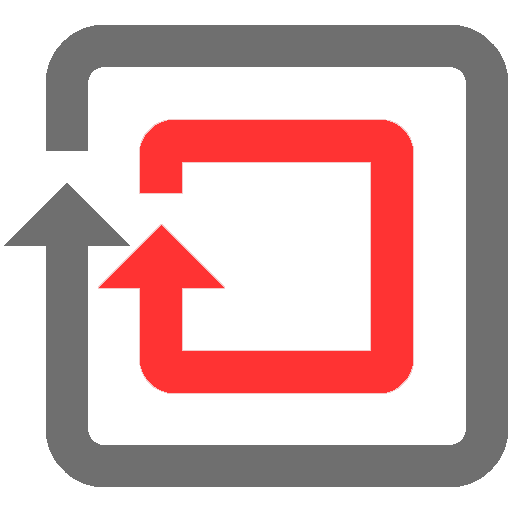 NLP Nested Loops is a technique that creates trance and enhances the hypnotic phenomena. It helps you to bypass the conscious mind and access the unconscious mind more easy. In this article you learn what NLP Nested Loops are, what techniques are at your disposal and how to create your own hypnotic, spellbound story that will bind your audience to your story. Let’s get started!

A short introduction about NLP Nested Loops and Storytelling.

Stories are essentially vehicles that allow you to express hypnotic ideas in different forms. This article is about making your stories do something hypnotic. Essentially you will combine the skills you build and feed them through a new set of “hypnotic filters” that will make your stories hypnotic. What makes the story compelling is, that we care what happens to the characters. To care for a character we have to have an emotional connection. You cannot logically describe the character (he’s lonely, she’s noble, he’s funny…) – there is no emotional connection to that. To experience a character as lonely, noble or funny we must see it in action. The character must be up against some unusual or tough situation and respond by nobly, with humour or by isolating itself. First, let’s zoom in to some of the techniques at our disposal.

Now that you have red this short introduction to Hypnotic Storytelling, you know what to make the story do. You can refine things further by using these simple techniques that make stories even more hypnotic.

In NLP Nested Loops are the classic way that stories are made more hypnotic. You use the Zeigarnik effect in your favour by telling between 3 – 12 stories in a row. You do not finish any of them, but break near the end and start the next story. Once the final story is told you can start to “close your loops” by finishing your stories in reverse order (i.e. the last story is finished first). This has a tendency to create amnesia which is useful to prevent the conscious mind from over-analysing what you did.

Another form of nested loops is the use of Extended Quotes. Prior to this article you have red about the use of NLP Quotes. Quotes are simply the technique of quoting an other person. The beauty of this technique is that you can say anything. Remind that you are only quoting another person!

Extended Quotes are quotes in quotes. An example of this is: I listened to Dr. Richard Bandler, who told me: “I once worked with a client wo told me “Chairs can have feelings.” “. In this example, I am quoting Dr. Richard Bandler, who on its turn quotes a client he worked with. This is a great way to talk directly to your hypnotic target without breaking out of the story. Essentially have one character in the story tell another exactly what you want to suggest to your target. This creates a dual reality where the target is left guessing if you’re talking to her or not.

While you previously learnt about Extended quotes, this technique takes extended quotes to a new level. Now you’re going to have multiple Extended Quotes fitted together in a story so that its hard to figure out who is saying what to whom. Whilst the conscious mind is trying to work this out, your suggestions slip in unchallenged.

A simple way to do this is to fill the story with minor characters and name them: “Steve, who is the brother of my brother’s Tim’ wife Eva, was talking to his brother-in-law Yoeri – who is married to his eldest sister Brit, about a conversation he had with Steve. He said “The rock is sad.” ” Note how all the names tend to overload conscious processing and how at the end we don’t know who was actually talking to who. Was it Steve, Tim, Eva, Yoeri or Brit?

Another technique is the usage of Ambiguities. What comes to mind when I say “Present”? A time called NOW? A gift? Is someone showcasing an idea? The fact is your unconscious will process all these meanings and offer to consciousness only the one that fits the context best. So using ambiguities with a consistent theme will allow you to activate unconscious associations outside of any conscious mediation. They can also be used more blatantly as embedded suggestions, e.g. “I didn’t know if I should… go inside…”

This is an underused but powerful technique. To put it simply you make a “mistake” as you tell the story and switch to the second person pronoun “you”.

So if the story calls for saying “As John walked in, he started to do the work he came here to do” you might say “As John walked in, start to do the work you came here to do” If you keep telling the story they don’t get a chance to analyze the mistake fully and the phrase ends up sticking out inside their mind as a direct suggestion to the unconscious.

Consequently to Switch Referential Index this is also an underused technique in hypnosis. An analogue is when you use your body language to add an additional layer of meaning to what you’re doing. So your story might say “And John took a deep breath and went into hypnosis” – if you now pointed at your hypnotic target and nodded meaningfully as you said this, it becomes a powerful suggestion that she do likewise.

First of all some preparation. Take 4 medium sized jokes. By medium, around 300 to 450 words are meant. And, prepare some learnings, like feel great, love your life etc. It helps if you use a word processor for this as you are going to swap some text around.

Second, split those jokes in half. Label them like Joke 1 part 1, Joke 1 part 2, Joke 2 part 1, you get it right? Enrich them by the end of half the joke with Sentences like: “Which reminds me of …”, and you start with the second joke you tell in half. Continue this until you have created one story of the first four halves of your jokes.

Next it it time to describe the learnings you want to give to your audience. Tell this story in full.

The last step in creating your framework, is to close the jokes, to close your Nested Loops. As you ended your fourth loop at start, Joke 4 part 1, next you close after the learning-part Joke 4 part 2. Then Joke 3 part 2 and so on until you closed all loops. You get it, right?

Congratulations, you have now created your framework. Especially relevant, now it is time to start enriching the complete story. Add in techniques like Extended Quotes, Stacking Realities, Ambiguities, Switch Referential Index and Analogues. Keep in mind while closing the loops that you wait for people to laugh, the clue of the joke needs to sink in. Also remind yourself that making people laugh will make them accept learnings more easy. As a last reminder, while you tell your story, read your audiences response, maintain state and visualise your story.